Kristina Newman-Scott sees hybrid institutions as fundamentally human institutions because, “there’s no linear human…We are all informed by our environment, our passions, our skills, our interests, our family, we are hybrid beings.” For the last three years, Newman-Scott has served as president of BRIC, a cultural institution that is home to performing arts venues, a public-access cable broadcasting center, media labs, and a glassblowing studio. “When I think about hybrid[ity],” Newman-Scott explains, “I think about collective wisdom and rigorous curiosity.” She goes on to add that many of the artists that BRIC works with are themselves discipline-neutral, meaning they are mainly concerned with expressing their creative potential. “BRIC [is] a think-and-do lab in many ways,” says Newman-Scott.

More concretely, BRIC is a “multi-disciplinary contemporary arts center that focuses on visual [arts], performing [arts], and media.” Their mission is three-pronged: BRIC Learn, which entails their work in schools and media education; BRIC Lab, which covers incubation and resident artists; and BRIC Live, the performing and broadcasting arm of their work. BRIC’s space portfolio includes three and a half studios: the Ballroom, specializing in live performance arts shows for recording’ a studio for artist incubation; and Newman-Scott’s favorite BRIC space, the Stoop, a stepped seating area and performance space. 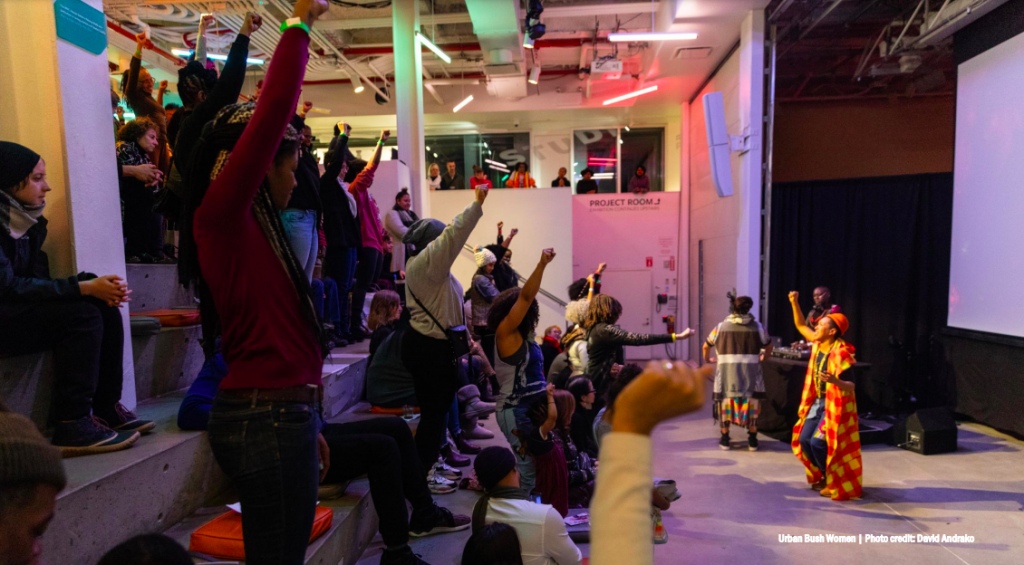 When we ask about how the BRIC staff engages with the mix of in-house programs, and about the behind-the-scenes work that goes into mixing visitor streams, Newman-Scott tells us that BRIC’s role is more as a backdrop that holds space for these interactions. Often, folks just wander in to meet someone for a coffee and end up finding something of interest to them during their visit. For example, she guesses that “if we were to ask some people…‘Hey, what are you doing here…Where do you think you are?’, they’d be like, ‘I don’t know, [but] it’s cool.’”

Beyond the more fleeting encounters with BRIC, we also chat about the problematics of community engagement: “We’ve been talking a lot about how [engagement] is the wrong term…because in most arts and cultural organization…you think about butts in seats” and ticket sales, Newman-Scott says. She is more excited about community initiatives and co-creation that take place in BRIC’s Intergenerational Community Arts Council (ICAC) projects, like the Future Historical Society, conceived by artist Yazmany Arboleda.

In typical fashion, we close our session with envisioning a dream cultural institution: “America as a country should have a wild dream about re-imagining the future of work.…We do not take enough breaks, we do not create enough space for healing, for self-care. We are seeing burnout…especially for black and brown people. So, for me, I would like to say that in order for us to dream big and to re-imagine a cultural center of the future, we must start with our full selves first—human connectivity, prioritizing us…our bodies, our being, in order to do our best thinking together.” 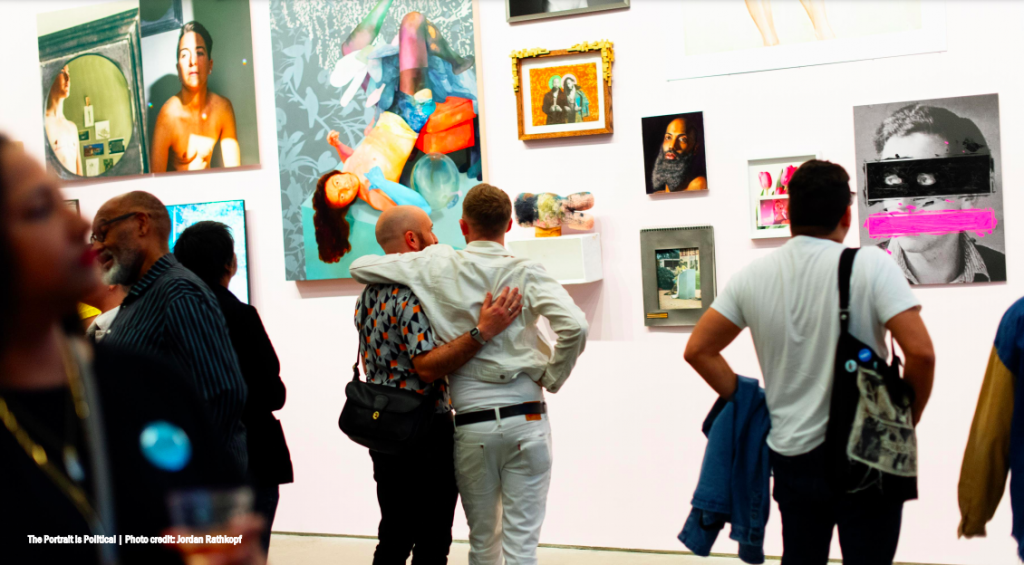 The Portrait is Political reception in 2019. Photo by Jordan Rathkopf.

For this conversation in our The Future of Cultural Centers   dialogue series, we spoke with  Kristina Newman-Scott, President of BRIC Art Media in Brooklyn, NY. Under her tenure, BRIC embarked on an ambitious human-centered four-year Strategic Plan. Previously, Newman-Scott served as the Director of Culture and State Historic Preservation Officer for the State of Connecticut; Director of Marketing, Events, and Cultural Affairs for the City of Hartford; Director of Programs at the Boston Center for the Arts; and Director of Visual Arts at Hartford’s Real Art Ways.  Ms. Newman-Scott’s awards and recognitions include being named one of the Observer’s 2020 Arts Power 50, A Hive Global Leadership Selectee, and a Next City Urban Vanguard. In June 2018, Americans for the Arts presented Kristina with the Selina Roberts Ottum Award. A TEDx speaker, guest lecturer, and visiting curator, Kristina currently serves on the Boards of the New England Foundation for the Arts, National Arts Strategies, New Yorkers for Culture and Arts, and the Downtown Brooklyn Partnership.