Pieternel Thijssen’s thirty-five-year career in Dutch public libraries has given her a good sense of what works and what doesn’t when it comes to public space. LocHal in Tilburg, Netherlands, very clearly works. In response to an audience member’s question: “Do you think LocHal will be a model for future libraries internationally?”, Thijssen replies “Yes,” without hesitation, then adds, “Actually, if you would have asked me this question before [LocHal] opened, I would have been more modest, but because of all the overwhelming response we’ve got now, I think I can say yes.” Thijssen’s role as the Head of Innovation at LocHal is to work across scale, from her day-to-day mission of bringing the best ideas out of all of LocHal’s staff to considering the institution’s future years down the line.

With the advent of the internet, Thijssen says, many people began proclaiming that libraries would soon become obsolete. LocHal is a strong case for the argument that the opposite might be true. Thijssen remembers asking herself, “what can we be for society…because the goal was never to [just] lend books, as a lot of people thought– but the goal was to inform people.” In addition to the usual library services, LocHal also allows visitors to browse arts exhibitions, attend workshops ranging from literature seminars to cooking classes, and labs on climate change and the future of Tilburg. Many regulars at LocHal visit simply to read the daily paper or socialize with a coffee, wine, or beer. Young people occasionally hole up in one of the many smaller rooms to record podcasts, tinker with electronics, or meet up with friends. The beauty of LocHal is that it defies easy description, because there’s something for everyone. 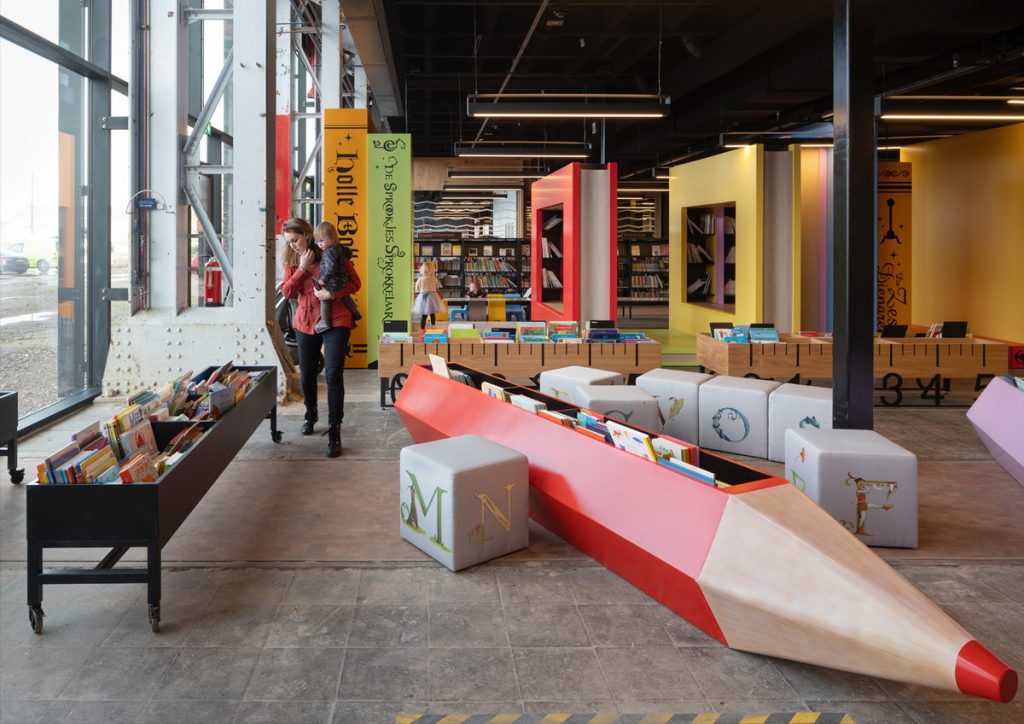 Children’s library on the ground floor of LocHal. Photo by Ossip Architectuurfotographie.

Branded as a world-class urban living room, LocHal is housed in a former glass and steel locomotive shed of the Dutch National Railways in Tilburg. It houses the Central Brabant Province Library, the nonprofit arts organization Kunstloc Brabant; a coworking startup called Seats2Meet; and Brabant C, a regional investment fund for culture and the creative industry. “These are only the center of LocHal,” Thijssen tells us, “there are…maybe 500 organizations we work with to organize [programs].” LocHal also houses a children’s library and play area, a digital lab, a “future lab,” and a gaming lab with digital and analog options.

LocHal stands out among other cultural institutions because, beyond promoting participation from the public, it works to foster a sense of ownership of the space. They regularly accept submissions from the public on new programming ideas, and staff are trained to ask visitors “what they’re doing, why they’re visiting, and how we can help.” When we ask Thijssen what her fantasy cultural institution would be, and what weird collection of functions and programs it would bring together, her response was characteristically people-focused: “I don’t think I would bring institutions together…I think I would bring people together.” 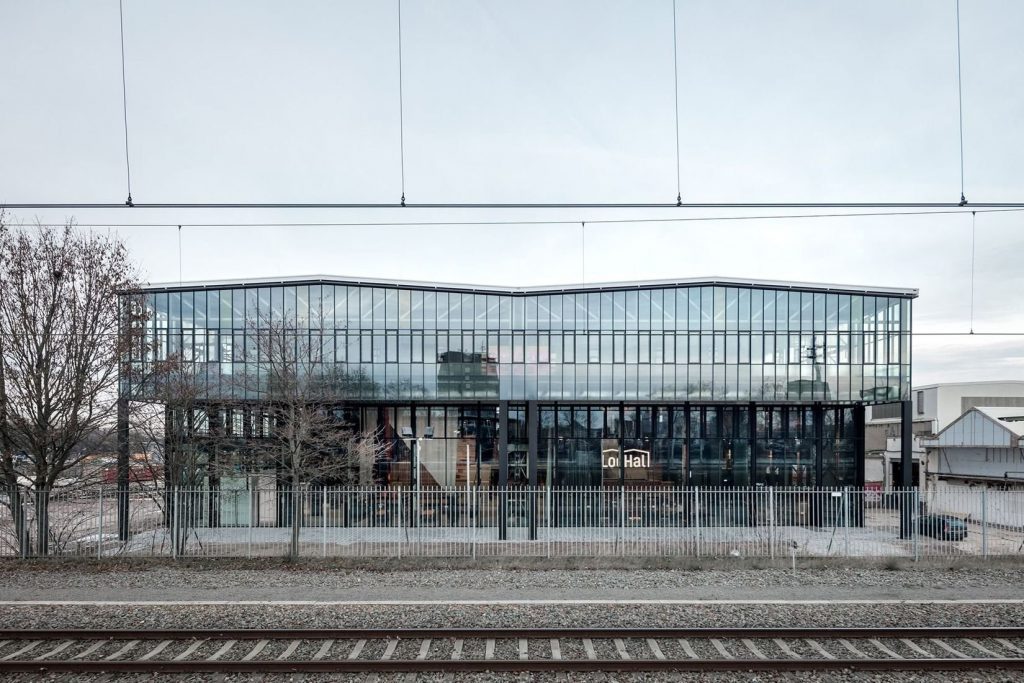 For this conversation in our The Future of Cultural Centers   dialogue series, we spoke with  Pieternel Thijssen, Manager of Social Programming for the Public Library of Midden-Brabant, the Netherlands. The library of Midden-Brabant plays an essential role in connecting people to their local community and in supporting and facilitating people in their personal growth. The LocHal Library, the city library of Tilburg, has made a huge step toward fulfilling the role of the social library. Pieternel was project manager for the LocHal and Manager of Innovation. She is both a librarian with a master’s degree in business information and a visionary when it comes to public libraries and the added value they should have in society.