The Future of Museums: Uzodinma Iweala, The Africa Center

The Future of Cultural Centers: Uzodinma Iweala, The Africa Center – 11.10.2020 from Center for Architecture on Vimeo.

Once a museum, today a global hub for African and Afro-diasporic culture, policy, and business, The Africa Center reimagines the American cultural institution as multidisciplinary, contemporary in focus, and ambitious in scope. “If you want to interact with a whole continent,” asked Iweala, “can you really do that through just one thing? If you walk into a place and see dance, or you see paintings, or ancient artifacts, does it really tell you a story of who these people in their various capacities are and where they are going as a continent?” In other words, The Africa Center’s identity lies less in what it has, but how it is able to bring people, objects, and ideas together.

Iweala gives the example that cultural programming so often has policy discussions nested into it, as was the case with productions of Ifeoma Fafunwa’s play Hear Word! Naija Women Talk True, put on at the Africa Center: “You don’t have to hit someone over the head with the idea that women are important in society or specific issues, you can put together a play that sucks people in with its drama and its storytelling, and have that be, in a sense, part of a policy discussion.” This rings true when we touched on the topic of repatriation of stolen objects, too: “you cannot have a conversation about repatriation of art objects or cultural objects without a conversation about reparations as a whole, I think this is one of the reasons why people are so resistant to having this conversation.” 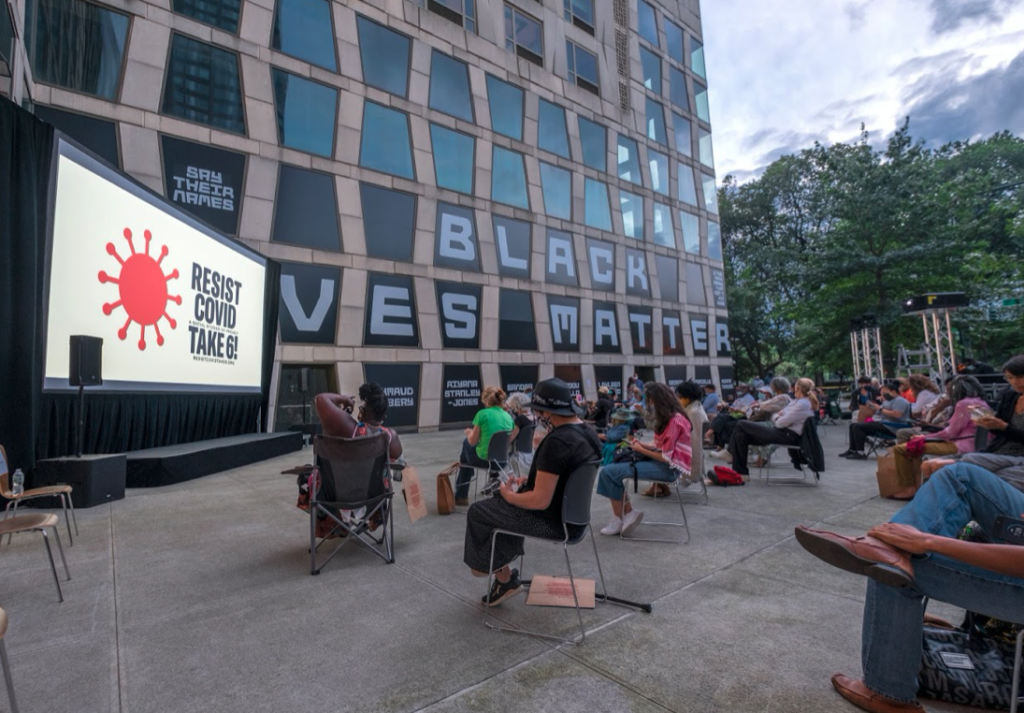 Iweala’s own experience as the director of an innovative new institution with an unusual background in public health and a parallel pursuit as a novelist speaks to the creative energy that’s laced into The Africa Center. “Our job as an institution is not just to put out programming—but also finding the next generation of talent that no one else is looking at, that will help shape what the future of a cultural institution will look like.” This is a pursuit that he sees himself in: “I don’t know that I would have ended up here if someone had said ‘you need a phd in art history.’” 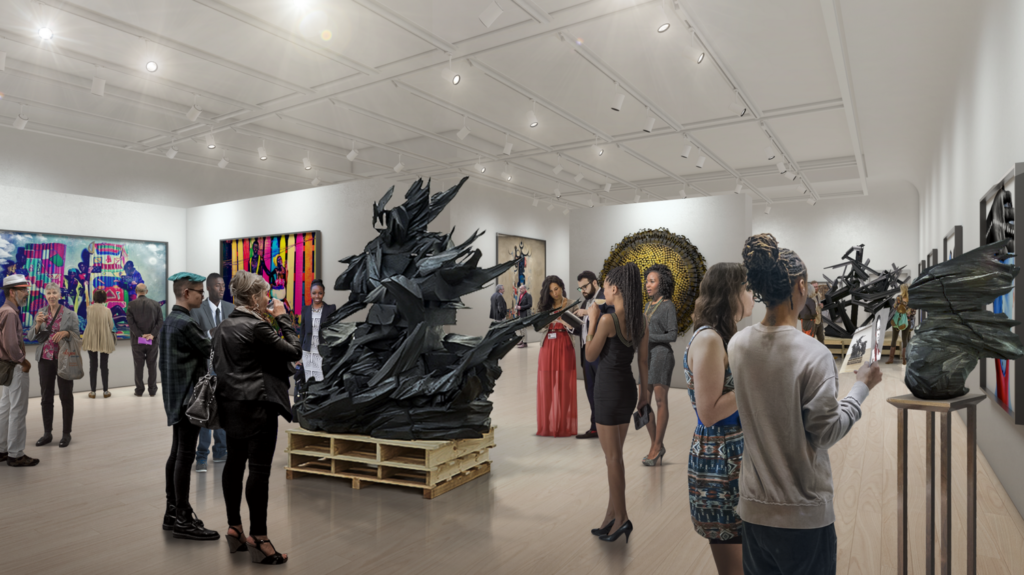 Visitors in the Gallery, photo by James Wang

What’s more important to him than pedigree are questions like, who is on the cutting edge right now? After all, an institution cannot become a “focal point for the exchange of ideas” if it does not earnestly seek to give people a chance to speak to each other? This networked approach to cultural dialogue as well as operations, speaks to the reality of The Africa Center as a relatively young institution. This is in part because “younger institutions don’t have access to the same funding, and institutions that are black-oriented, or Africa-oriented don’t have the same access to funding that a white institution, to use that term, might have. So you have to be nimble, you have to think about your structure and how you’re organized… How do we build partnerships? Maybe it’s a bit cheeky but well, you just ask.”

The Africa Center’s focus on partnerships and nimbleness as an institution allows them to engage with events happening around the world in more or less real-time. To this point, Iweala relays the driving vision of The Africa Center as one concerned with expanding the notion of how people today can communicate across geographic distance and across culture– whether this means breaking down the artificial boundary between culture and policy, or simply providing space for conversation, commemoration, and education.

For the third conversation in The Future of Cultural Centers   dialogue series, we will spoke with  Uzodinma Iweala, CEO of The Africa Center as well as an award-winning writer, filmmaker, and medical doctor. As the CEO of The Africa Center, he is dedicated to promoting a new narrative about Africa and its Diaspora. Since launching its public programming  in January 2019, The Africa Center has already attracted and engaged thousands of visitors in a series of inaugural performances, installations, talks, readings, book signings, and film screenings.