At DVDL DD, we love talking to people from around the country to see how they relate to cultural institutions, and what ideas they hope to see implemented in their cities in the future. In this installation of Ear to Ground, we took it outside of New York. Dana Golan interviewed designer Julie Kim from San Francisco on her experience with cultural spaces.

Dana: You are fairly new to San Francisco, have there been any cultural institutions that have become your “personal landmark” or a place that has played a big role in adapting to a new city?

Julie: My first thought when I read this question was no, there’s not one place that I regularly go to in San Francisco. But I realized that, actually, the public library system was a huge part of my getting comfortable here.

Since graduating college, I’ve had much more time to read. I also moved multiple times within San Francisco, trying to find good housing during a very short timeframe and, in each neighborhood I regularly visited the local library branch, and now I live right next to one!

It was a very comforting experience because I didn’t have many friends when I first moved, so, on the weekends I would go to the library.

D: Yeah it’s a way of feeling like you’re in the company of people without any pressure to interact with them.

J: Yeah, for sure. That’s true because everyone who’s at the library is not really there to hang out with other people, so it makes me feel less left out, and extremely content being there alone. 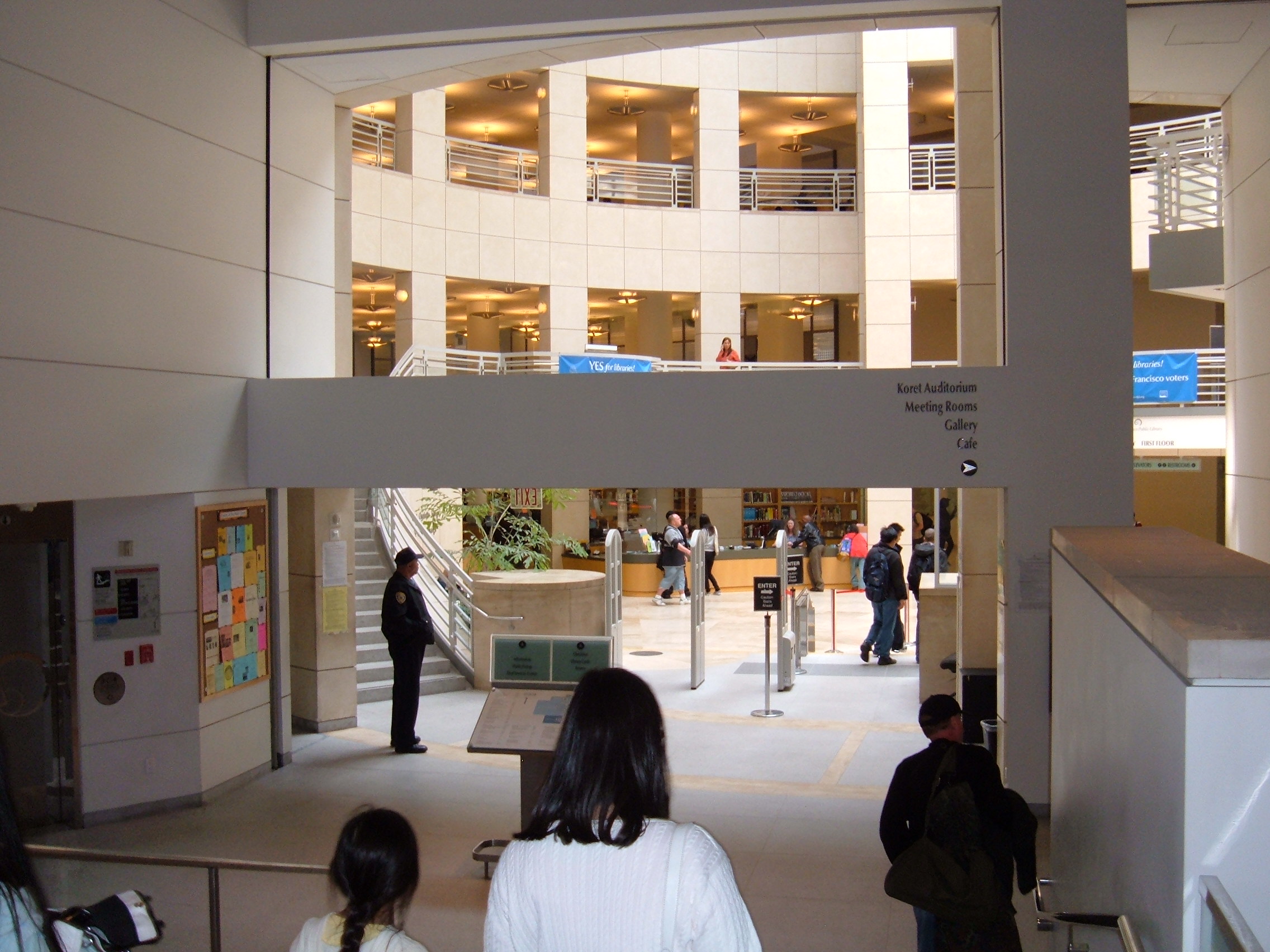 The South entrance to the Main Branch of the San Francisco Public Library, Image via Wiki Commons

D: Since COVID, have you interacted with any cultural institutions via their online programs?

J: I would say I’ve had very minimal interactions. I’ve attended a few lectures online, but those were mostly at the start of quarantine and now my energy has kind of dwindled.

D: From what you’ve observed, how might these virtual spaces change the way you view cultural institutions? In other words, do you think that the virtual museum, library, music venue, whatever it may be, serves a different purpose than our traditional understanding of these institutions?

One thing that I’ve noticed, with all these online events, is that they’ve suddenly become more global. Like lectures: you can tune into those from anywhere.

J: Yeah, definitely. In the past, I didn’t take note of online events nearly as much as events that were happening in person. For example, the Where Are the Black Designers? Conference—if that had happened, let’s say in New York, in person, and they had links where you could watch the conference at home, I may not have considered that and would feel like I was missing out on the whole experience by not physically being there. These days, and, in the future, a lot of people may seek out that option, and there are so many ways to connect with those communities online too. It also brings up the idea of accessibility. For example, the conference was free and online, which was a huge part of so many people being able to attend.

On the flip side, institutions like the library, as a physical space, have been very comforting to me. Same with when you go to a museum or a concert, the physical space takes on a lot of meaning for people. So, I don’t think, and I don’t hope, that that will be replaced by virtual spaces, just because the physical space—even if you’re not talking to each other—still undoubtedly connects people.

Now, I’m also thinking where did all these artifacts come from, or how were they obtained, and who is being represented in this museum, and who is speaking for whom?

D: Once things start to open up, do you think cultural institutions will experience a different kind of traction than they have had before? Either in the physical or virtual space?

J: If I wasn’t a library goer before quarantine and then found out the library was open again, I probably still wouldn’t go. But I do think places where human connection is very high, like music venues, even museums, will get more popular. People are definitely craving human interaction, but I wonder if that will actually change the way people think about them or interact with them.

I don’t know if this is related, but there’s also a lot of public discourse about the original intentions or underlying white supremacist values of a lot of cultural institutions, and I think that that will impact the way people experience them in real life. The next time I do attend a museum, my experience might be dramatically different from attending a museum six months ago, not just because I haven’t been around other people. Because, now, I’m also thinking where did all these artifacts come from, or how were they obtained, and who is being represented in this museum, and who is speaking for whom?

D: That brings me to another question. Do you feel that museums and cultural spaces are accessible/inclusive?

J: From my personal experience, I have felt like they are inclusive/accessible to me. But, simply because they’re institutions, I want to say no. I’m sure there’s a bunch of things that happen in museums or other cultural spaces that just make it difficult for everyone to have access to them. Obviously, the price makes a lot of museums drive a big number of people away from being able to visit them.

Something I’m thinking about is value in the museum environment. Do certain places like art museums really have to be quiet and sterile or at least always thought about that way? I can imagine that that might make certain people uncomfortable. It may be harder for kids or someone with a condition where it is difficult to stand up for a long time or even just walk quietly to be in these spaces.

The number one way to be of service to everyone is to make these cultural institutions free. The library, for example, does a good job of making information accessible.

D: What purpose do cultural institutions serve in your life? Are you an avid participant in these sorts of institutions?

J: The library system means so much more to me than I realized. I think it’s because a public library system is a way to map out different demographics and communities in a city. I noticed in San Francisco that different branches would have different types of books based on the neighborhood. In an area with many Russian immigrants, the branch offers a lot of books in Russian, or, in another neighborhood, there was no kids section because there were not as many children in the area. For me, that built a greater understanding of the communities in which I was living. It was also nice to feel like I could participate a little bit, by being acquainted with the library community. 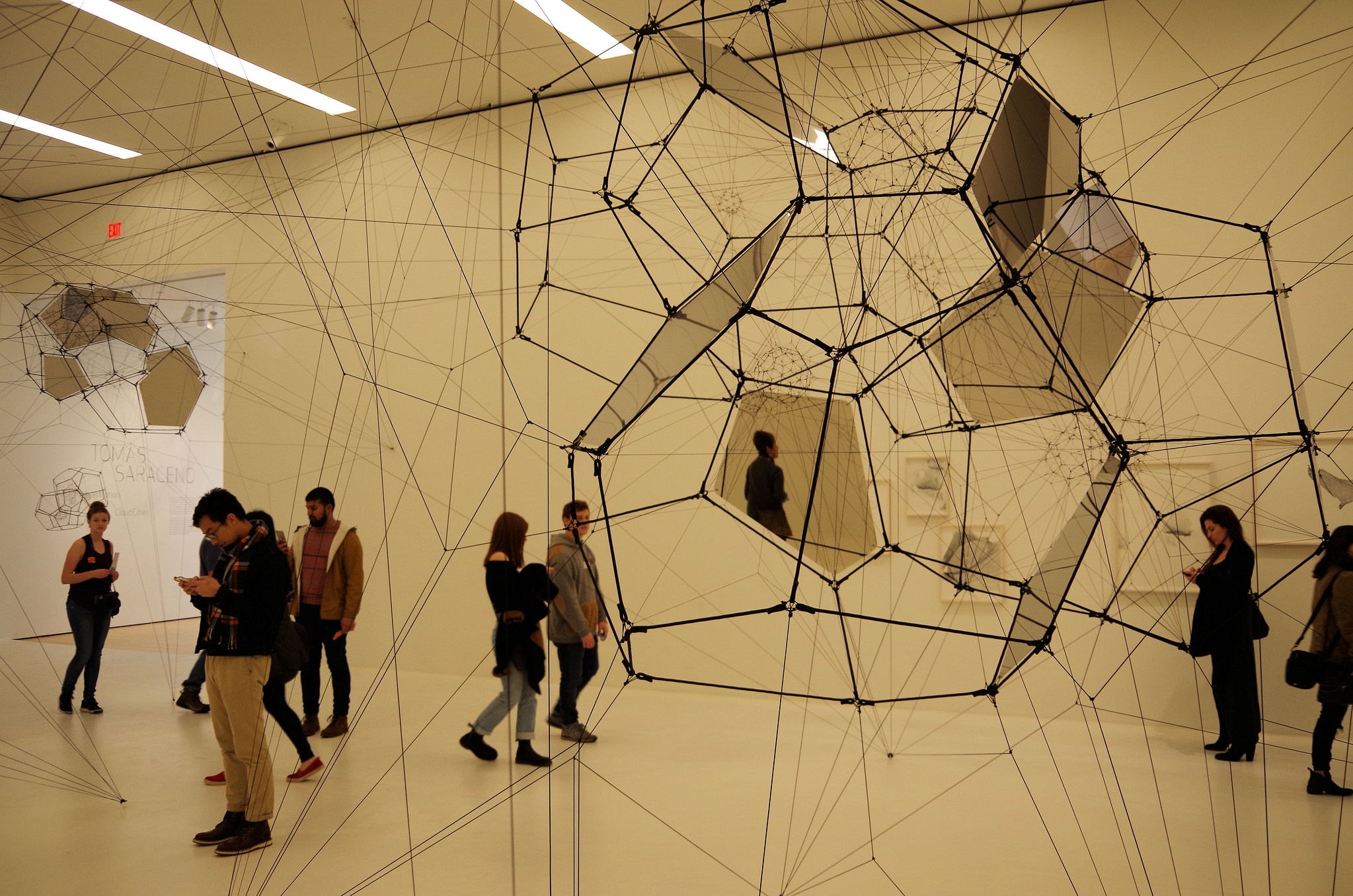 D: Do you have any ideas or hopes for how museums and cultural institutions could better serve people?

J: That’s a good question. I don’t know where this thinking comes from, maybe I’ve just been trained to think that the responsibility for how museums and cultural spaces serve me falls on me and not on the institution.

In other words, if there’s information or a type of experience that I want, I need to seek it out for myself. I feel like I have to rethink that entire framework.

The number one way to be of service to everyone is to make these cultural institutions free. The library, for example, does a good job of making information accessible.

D: What you said about not thinking of these spaces in this way is noteworthy. It’s interesting because the people who work in museums are probably thinking, “What programs are we offering? What kind of schools are we bringing in for tours? What are we doing for elderly folk? Etc.” And, in this way, I think they are actively thinking about how they serve the community.

J: Yeah, that’s so true that museums must be asking these questions of how they’re serving the community they’re in, even though that’s not always how I see them. And, each cultural institution serves in different ways, like how a larger city’s art museum is a monolithic place of inspiration, and how a multi-branch library system works in communities on a smaller scale and is a place of belonging for me. 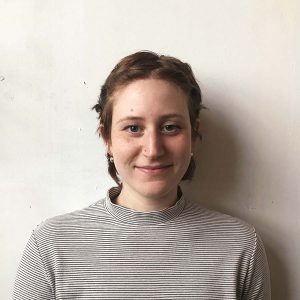 Dana comes from a background of graphic design and photography. A graduate of the University of Washington with a degree in Graphic Design and a minor in Comparative History of Ideas grew her interest in art history and cultural institutions. She has worked in communications with various nonprofits and photography agencies and is pursuing her own photographic practice.