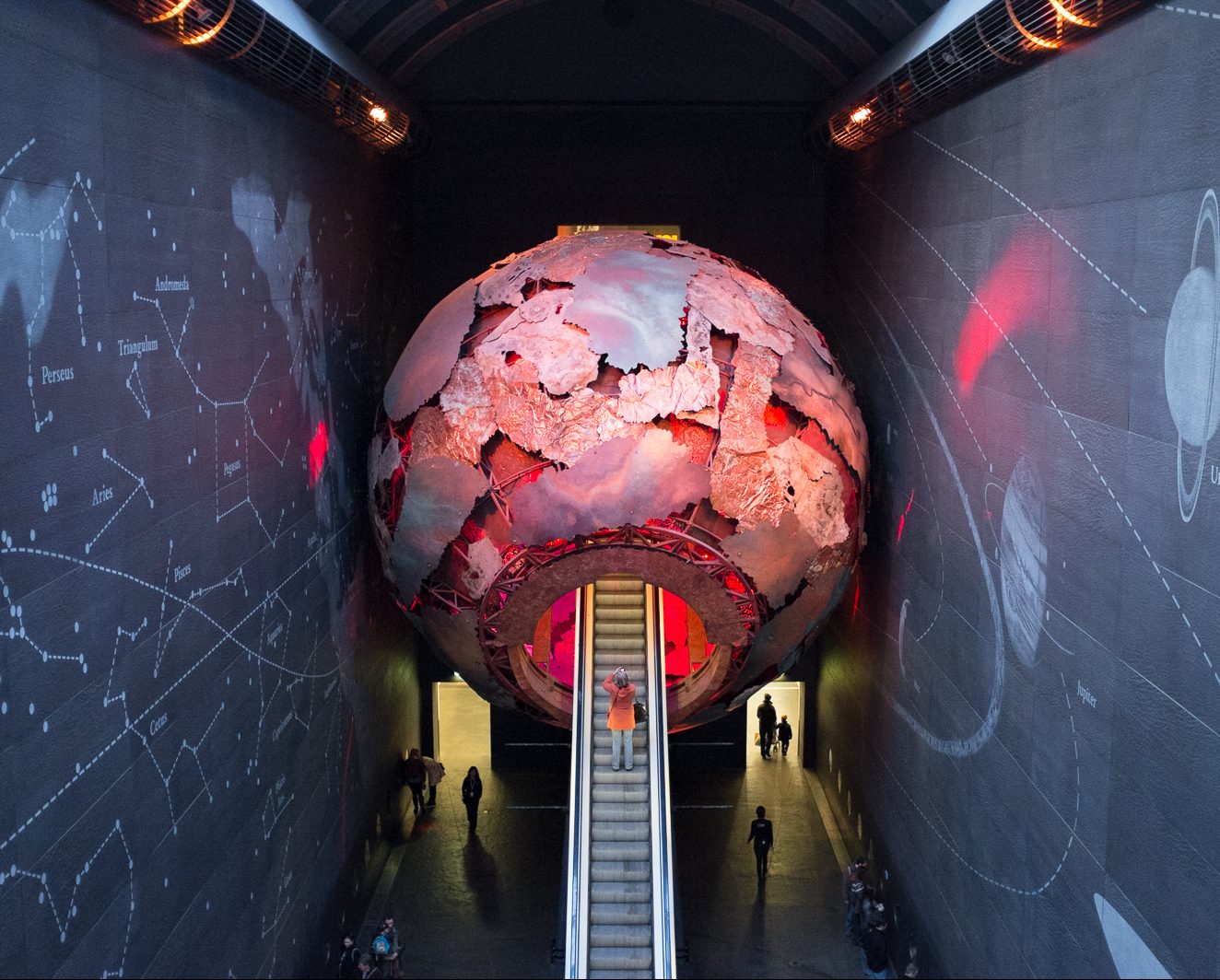 Everything starts with behavior.  Daily, we are inundated with picture-perfect looks, careers, houses, and escapes and it is increasingly difficult to ignore the relentless perfectionism that is quietly eroding our wellbeing. Its impact on individuals is studied frequently, but perfectionism’s larger impact on culture remains essentially underreported. What does this drive for perfection come from and what does it mean for society and institutions, like museums, post-COVID?

Unsurprisingly, every civilization, religion, and philosophy has had its own take on perfection over the centuries. From Luther and Kant, to Aquinas and Al-Ash’ari, to Socrates and Plato: most of these theories included elements of perfectionism centered around finding happiness and well-being and around working toward unrealized potential, in other words, toward becoming perfect—often with bonus narratives regarding the afterlife, and, more frequently, including rules for observance, holiness, and righteousness. Optimistically, these goals could have been developed to guide, organize, and stabilize what might otherwise be volatile societies1.

That is less true of today. Instead of being a potentially stabilizing factor, perfectionism—especially among younger generations—has taken on extreme forms that are harmful to individuals and, potentially even, to society at large. In 2017, scientists Thomas Curran and Andrew Hill published a study documenting how, in the last 30 years, perfectionism has increased 33 percent among college students2. This perfectionism affects anxiety, depression, and suicide rates, and now encompasses two generations: Millennials and GenZ. The research does not concentrate on what happens to this perfectionist streak after these young people leave college and enter the workforce. It is doubtful, even without seeing that additional research, that it simply evaporates. We now likely have hordes of young and not-so-young adults who, as a result of neoliberalism, individualism, meritocracy, and increasingly results-driven parenting, are achingly perfectionist. The resulting lack of trust or satisfaction in these generations is seeping into society, rubbing off negatively on other generations.

Though many in these age groups do not suffer from extreme perfectionism, it is the more extreme cases that, to me, form an interesting cautionary tale for society and institutions. Paul Hewitt, a clinical psychologist, describes more extreme cases of perfectionism, in his book  Perfectionism,  as disruptive forms of self-abuse: “These people are hugely hard on themselves, with a hatred that is breathtaking at times. Perfectionistic people will treat themselves with a harshness on par with a nasty adult beating the crap out of a tiny child.”3

Working as a curator, non-profit director, and now strategist, I have seen cultural institutions—especially museums—frequently hindered by institutionalized perfectionism that, at times, borders on exactly that self-abusive behavior described by Hewitt. They may be hungry to become more relevant and to be part of a shifting society and climate, but, sadly, those aspirations are easily displaced by a dizzying mix of fears, bureaucracies, and limitations that often make it too tempting to defer to artifacts, boards of trustees, and insurance policies rather than people and ideas. While ample examples can be given, three simple case studies may sufficiently highlight how striving to become the perfect museum may harm institutions and how perfectionism actually creates strangely imperfect systems. 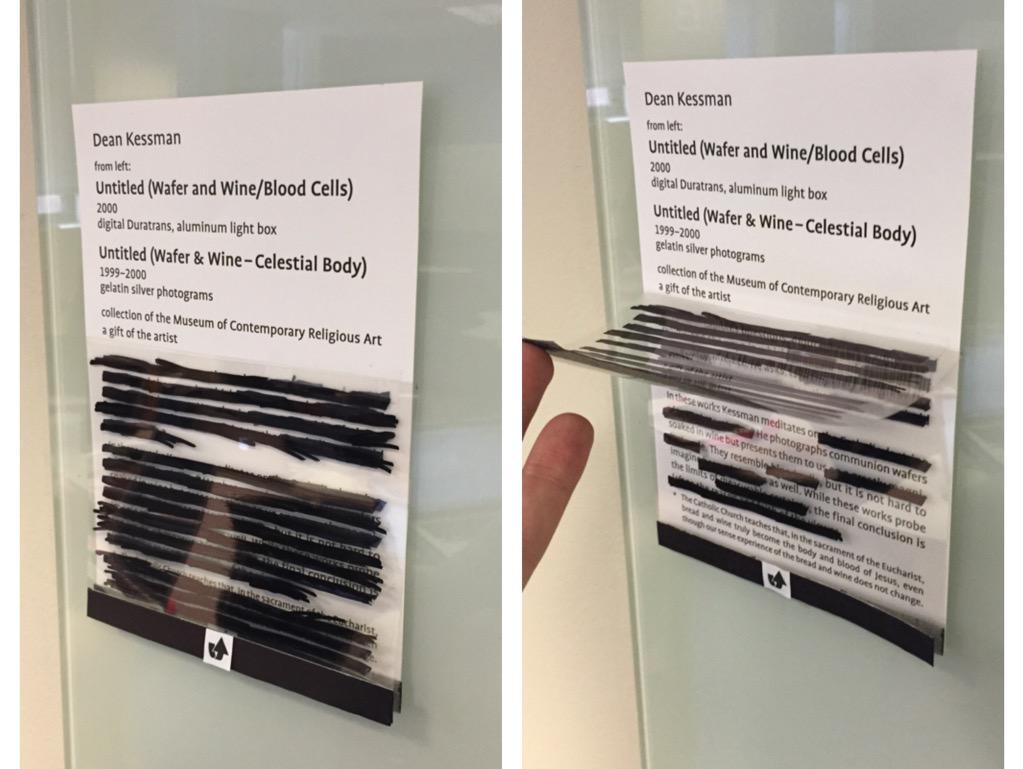 Let’s kick off our tour around the “perfect” museum by looking at a generic wall label’s production cycle. First, it gets drafted by a curator or team of curators. It gets reviewed and edited by folks in the education department, followed by rounds of edits by departments like visitor services, communications, legal, exhibition management, and editorial. Then the cycle is repeated a few times and you finally have a 300–500-word wall label ready to go. Besides the fact that writing by committee often leads to stale content that’s overly “institutional” in vibe, this writing process seems to be borne more out of fear than intellectual rigor. Not to mention, if you were to dig into the numbers and calculate the time spent on wall labels across departments, you would likely find that each label actually costs institutions thousands of dollars—not in research time, material costs, or typesetting, but in nitpicking and relatively minor edits. While I understand the anxiety around maintaining a high standard of scholarship, it may pay off to think how this now standard practice for wall labels might add up to failure-avoiding perfectionism. Are these protracted writing processes really about providing the public with the highest quality content possible, or are we just playing into institutional neuroses about how the public might react?

The next stop on our tour of the “perfect” museum is the immersive exhibition build-out that physically or digitally mimics real-world environments. They can be found especially in science, (natural) history, and everyday culture-focused museums. With most of us already over-saturated with visual content, the question is if we are really still looking for elaborate simulacra of real-world environments when we visit museums. There’s no denying that the environmental work and build-outs are wonderful crafts unto themselves, but the enormous cost of these build-outs and the time-consuming installation processes means that they are often making institutions inflexible and stagnant. Those who stand to gain the most from these environments are not the actual public, but the exhibition design firms who have to charge institutions hefty fees for their intricate beautiful work. Curators, educators, and museum leadership are often scared of stepping up and embracing experiments and tough conversations, so the choice to buy something expensive and flashy, in the form of an immersive environment, can be tempting. But, especially for kids and teens—many of whom have better video-editing skills at the age of 12 than most adults—maybe what’s needed is less in the vein of perfect environments and more in the vein of space for some fun and messiness that could spark new ideas and points of view. Should museums and similar institutions with an educational mandate focus their time and resources on experimentation and more nimble exhibition techniques? 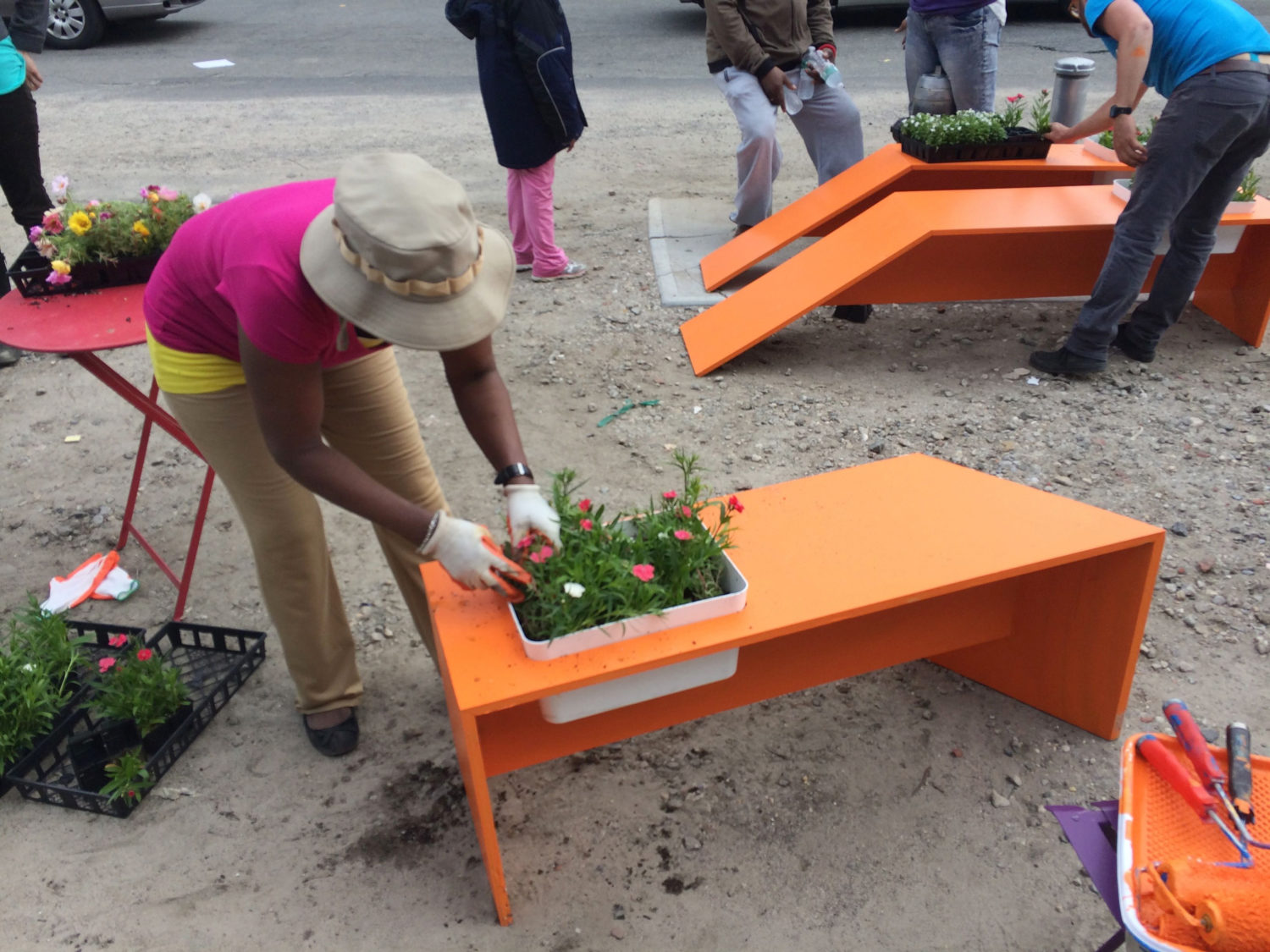 Scale It Up: Rockaways, part of Rebuild by Design (RBD) community project by Van Alen Institute

The next and final stop on our tour of Institutional Perfectionism is perhaps the most complex and anxiety-inducing: Community Engagement. Cultural institutions, including museums, have become skilled at hitting checkboxes in funder grant agreements for seemingly connecting with communities they had been notoriously underserving for decades. In their picture-perfect community engagement, each new project and each new exhibition engages new community groups, often without much of a larger strategy. Some funders may be satisfied and take the work at face-value for perfection, but that is a seriously missed opportunity to use their position of power to institute structural change among their grantees. Many people familiar with such processes by cultural institutions can tell you that most community engagement remains frustratingly generic and largely symbolic. Building relationships takes serious time. Often, museums spend the time developing inroads into communities leading up to and during projects, but then, too often, pull out abruptly at the end of the project. They got what they needed: box checked. Communities leave feeling gaslit and used for the sake of good optics, and institutions miss out on the experience to learn and retain knowledge that these community partnerships bring. Investing more into long-term community engagement processes is just as much an internal process as it is a public-facing one. If museums were more willing to let down their guard and focus on creating space for people to speak, work through ideas, disagree, and compromise, perhaps this problem would solve itself over time.

Of course, I am well aware that there are great examples out there of institutions that go beyond their fear-induced perfectionism and do largely avoid the wall label trajectory, holding off on costly immersive environments, and actually engaging communities4. But, all in all, the machinery of institutions is complex and not as enlightening as one would hope. Many institutions still feel tempted to think for—instead of with—their audiences. They often think people need everything explained perfectly and that they need to see everything in the perfect setting. They seem to forget that, for audiences to develop ideas on their own and see other people and the world for what they are, they may actually benefit from more welcoming, hospitable, and messy environments.

I do believe culture is a pendulum swinging back and forth, looking to balance. Intuitively we feel and academically we now see that, both as individuals and as a society, we may be on a trajectory of self-abusive perfectionism. Post-COVID we will be starting to look for a future that is less driven by the perfect or by fear, and more by experimentation, optimism, and, perhaps even, an openness for exploration. We long for trust, altruism, and satisfaction. To stay ahead of the game, the cultural field will need to rapidly change and shift from this limiting perfectionism to an opportunity-creating notion of perfectibility when it comes to people and ideas.

1 The Perfectibility of Human Nature in Eastern and Western Thought. By Harold Coward. Albany: State University of New York Press, 2008.

4 For instance, the Oakland Museum of California (OMCA) has done great work in establishing quantifiable social impact measures and meaningfully incorporating this data into the way they operate on an institutional scale. Most of OMCA’s projects launch with a convening that incorporates community members’ experiences and closes with a debriefing led by OMCA’s head of evaluation, so that community input is inseparable from the exhibition and programs process. To implement these measures, OMCA restructured their organization so that the demographics of their board match those of the community, created new positions such as visitor advocates and an evaluation department to hold themselves accountable. OMCA shows that when it comes to building trust with communities, consistency and sincerity are vital. 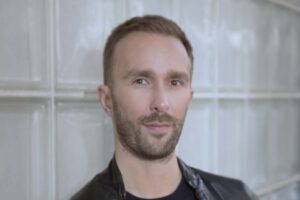 David has created, chaired, and led nearly  30 design competitions, and he has commissioned numerous design and art projects. He enjoys rethinking conventional design competition and commissioning processes, and actively promotes new practices in events like the Design Competition Conference he developed and co-chaired at Harvard University in 2015. Born and raised in The Netherlands, David is a graduate of Erasmus University Rotterdam, and of the High Impact Leadership program at Columbia University’s Business School. 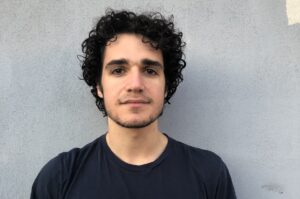 Dan Muro is a Brooklyn-based writer, musician, and researcher. He received his B.A. in cultural anthropology from Wesleyan University in 2017, with a focus on development studies and experimental ethnography. He has since worked for cultural and political organizations across New York City such as Van Alen Institute, New York Civil Liberties Union, and Jamaica Center for Arts and Learning.

“The Rise of Messy, Inconsistent, and Emerging Architecture”
Fearlessness in “For Us, By Us” Institutions
Meg Duguid, Artist and Arts Administrator
Learning With Experts: Kristina Newman-Scott
Love
(View All)
BACK TO TOP ↑