The Paradox of Perfectionism

I first learned of unrelenting standards a few years ago, although I had been essentially aware of them my whole life. There I was on the Upper West Side in a mostly barren apartment operating as a psychologist’s office. It had the necessities: good lighting, the kind that illuminates without feeling overbearing; and three chairs, two on one side (for couples I suppose) and the other facing a small clock mounted slightly out of sight of the two accompanying chairs.

My therapist asks if I had heard of unrelenting standards. When I responded that I had not, she began to tell me how common it is, especially among ADHD/ADD types. I reacted with indifference, confusion almost. I have never been an overachiever. I’ve been mostly told how much more I might accomplish if I tried a little harder or focused a little more. I was thirty-four years old at the time, a graduate degree holder, and this was the first time I had heard that my (newly adopted) standards were producing a form of psychological negative feedback, not to mention I might have some version of an attention deficit. It’s also the first time I had begun to believe that the harder I work the more I could become. The discomfort that rose to heart palpitations, the inability to focus, the spiking emotions like the boiling up of a whistling kettle—these were manifestations of a neuro-disorder I had mostly coped with, until I couldn’t any longer.

Unrelenting Standards: (1) The underlying belief that one must strive to meet very high internalized standards of behavior and performance, usually to avoid criticism. (2) Preoccupation with time and efficiency, so that more can be accomplished.

At the time, I saw myself more as type 2, particularly because it paired well with the survival instincts (and coping strategies for managing distraction) I’d become attuned to in my graduate program. I didn’t immediately recognize type 1 in myself—after all I was not a self-proclaimed striver. I asked, how did this become my standard? How had I acquired this, without knowing? 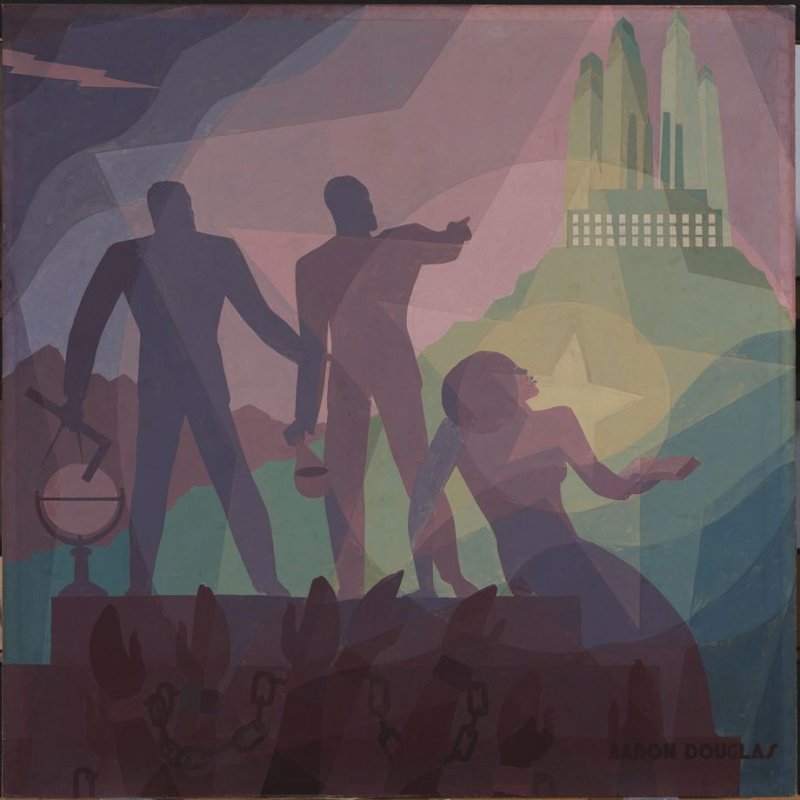 “You have to be twice as good to get half as much.”

That’s it: the mantra. I had heard this Black proverb so many times in my early life. It was how I had rationalized our journey, and it went mostly unquestioned. Well, what undergirds the mantra is true. Although I have not lived the experience of slavery, or of Jim Crow, I have lived within the collective memory of the conditions produced, pinned beneath the burden. The mantra, though reductive, is a motivator that intends to conjure willpower from the host by invoking systemic injustice, oppression, and disparity. All of which are thrust back into the face of the disparaged, in the form of self-deception and comfortable vanity,1 further cementing the truth of the mantra. The mantra is then perpetuated as adage and transmuted into sacred chant and mandate—an intergenerational oath of excellence in the name of upward mobility. As it becomes a practice, we are unaware of the spiritual parasitism at work. We believe the mantra is a form of liberation theology. In reality, it acts as Stockholm syndrome. We believe it to nurture and yet it requires constant replenishment. What the mantra is not is food for the soul, for it subjects the soul to eating itself.

If one seeks to make meaning of this kind of maladaptive perfectionism, then look to its dialectical partner, respectability politics—the adoption of standards rooted in self-censorship as a presentation strategy for assimilation. Wilson Kwamogi Okello in his manuscript titled “Organized anxiety: respectability politics, John Henryism, and the paradox of Black achievement,” provides a brief history of perfectionism—or Henryism as he refers to it—underscoring the generational belief in extraordinary achievement and propriety as a means for progress. However, Okello tells us “Black achievement in itself has functioned in the social imaginary as a paradox, or a set of ideas which are functionally inconsistent”2. What began as a papier-mâché path to citizenship in a murderous exploitative society lingers as deluded class condemnation. In its least flagrant form, respectability politics is delivered as advice to Black youth, a kind of condescension, or subtle gaslighting on the advantages of meritocracy. Much like perfectionism, the performance of respectability politics invokes an underlying belief in one’s inferiority and an adherence to a social construct that cannot be deconstructed with the master’s tools.3 Perfectionism and respectability are bound in codependency, regulating the other from complete dysfunctional exhaustion.4

The tension of perfectionism and respectability politics is one of identity and the conflict between intrinsic and extrinsic valuations. Similarly, cultural institutions navigate the tension between intrinsic and extrinsic value systems. Presumably, where there is perfectionism, there are also extrinsic values. If one applies the same lens to cultural institutions, to their identity as cultural construct and cultural producer, then what of their own behavior? And, by extension, what are the associated concessions? If the focus is on the inner life of the cultural institution, then the self-destructive tendencies of perfectionism must also have a dysfunctional partner in practice. Angela Davis, when speaking about the modernist adoption of diversity, equity, and inclusion says:

“It is often assumed that diversity is the equivalent to the end of racism. Somehow or another we sought to name the process of moving toward justice and it seems as if, once the word diversity entered into the frame, it kind of colonized everything else. And all we talk about now is diversity. And sometimes it means integrate different looking people into a process that remains the same. Sometimes it means, difference that is not allowed to do its work. Difference that does not make a difference.” 5

The cultural institutional symbiont of perfectionism is the desire for control. 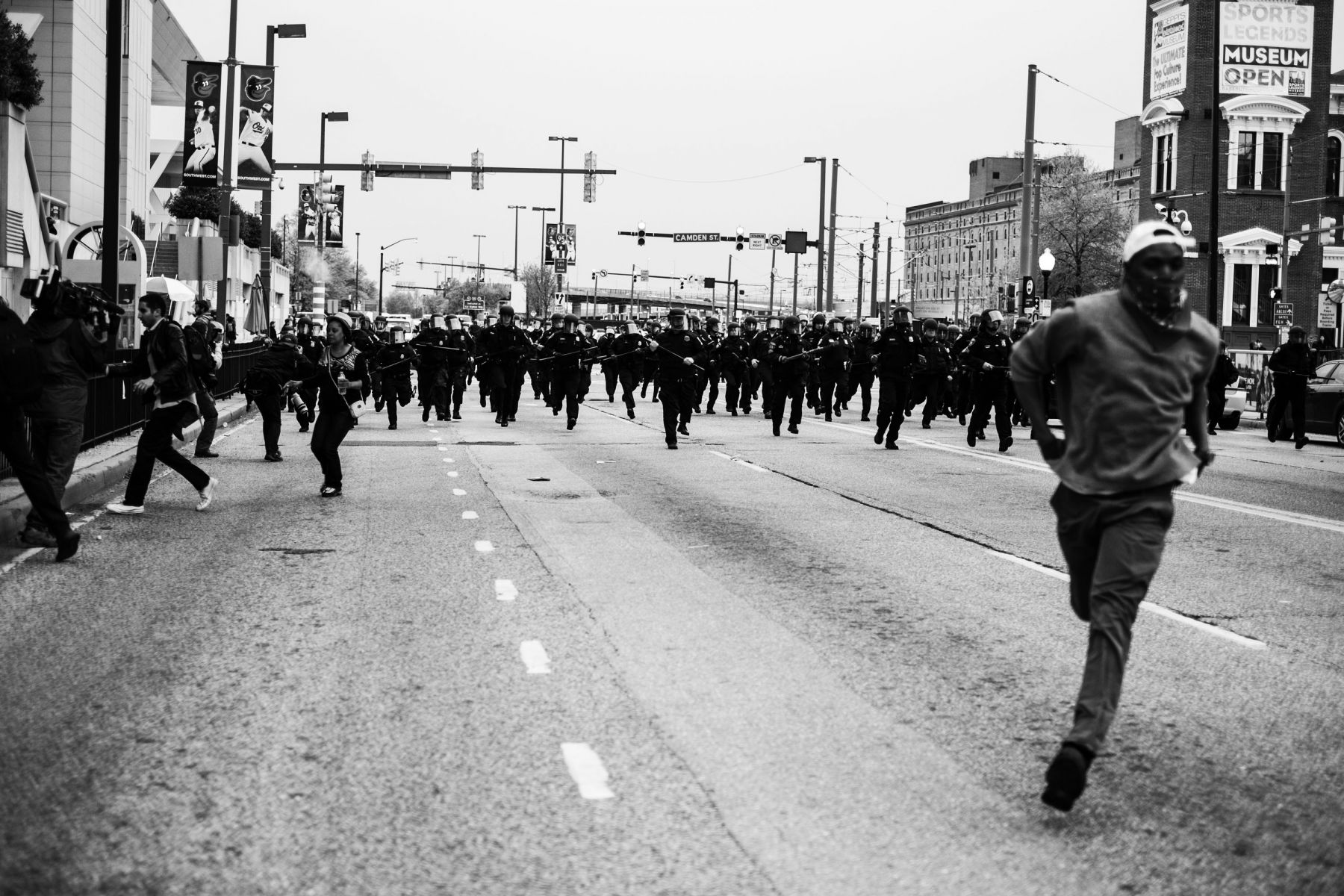 In the confines of the cultural institution, the desire for control enables the reductive reimagination of equity and inclusion as the aim to achieve liberal inclusion, rather than liberation— the proclivity for symbolic representation rather than substantive participation. The desire for control, a reliance on exogenous appraisal, and an unwavering belief in expansion is the preservation of the settler mindset as institutional policy. Like the severing of art from artists, these are the technologies of control, no different from an older form of erasure by assimilation or exploitation of another’s hypervisibility. What concerns cultural institutions is not simply the hierarchical ordering of inanimate objects and processes, but the dispossession of the objects and the inaccessible reassignment of their value for the purpose of self-aggrandizement.

The world is not white. It never was white, cannot be white. White is a metaphor for power, and that is simply a way of describing Chase Manhattan Bank. – James Baldwin

Although the forces named here often acquire a racialized form, we should not relinquish the metaphor to a monolithic view of cultural institutions. Losing oneself to the monolithic imagery of institutions is to double down on the double standard and remain ensnared by a paradigm that requires twice the sacrifice—that of one’s imagination and of one’s production. This whitewashed myopia reduces settler colonialism from a framework—through which to explore the intersectionality of racial and power formation—to an ahistorical event. To better understand the historical offenders who institutionalized racist practices without hesitation or consequence, see Aruna D’Souza’s Whitewalling: Art, Race & Protest in 3 Acts. D’Souza offers an uncensored look at the role Black artists, activists, and their allies have played in forging more equitable practices within the field of contemporary art as brave citizens tending to the arduous, daily work of dismantling systems of oppression.

However, to move beyond coping, toward freeing oneself, we must look at alternative cultural institutions where meaning-making is done right. To get more acquainted, see Nico Wheadon’s article #inspiredby, where she explores the perfection of institutional meaning-making as living value systems formed in relationship to one’s core values and constituencies—as opposed to the prescriptive performance of moral authority or skinfolk caricatures striving for proximity to whiteness and its various forms. 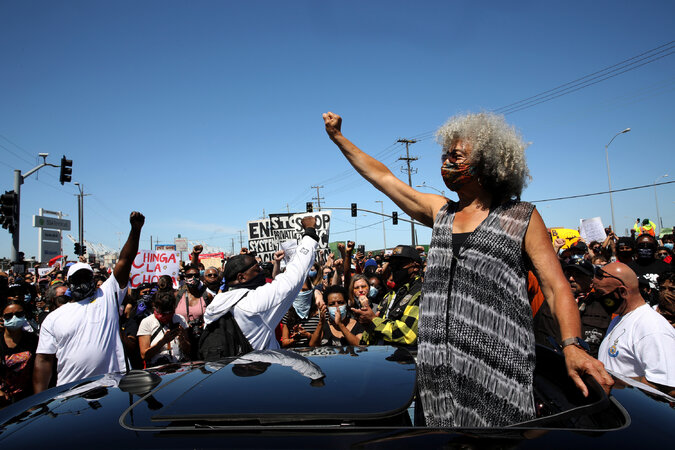 1  “The majority of white Americans consider themselves sincerely committed to justice for the Negro. They believe that American society is essentially hospitable to fair play and to steady growth toward a middle-class Utopia embodying racial harmony. But unfortunately this is a fantasy of self-deception and comfortable vanity.” Where Do We Go from Here, Chaos or Community?, 1968, Dr. Martin Luther King, Jr., p. 20

5 “Angela Davis on Audre Lorde”: Recorded during the “Audre Lorde: A Burst of Light Symposium” on March 22, 2014 at Medgar Evers College. https://youtu.be/EpYdfcvYPEQ. 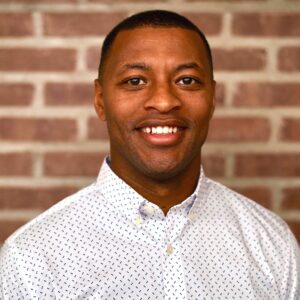 Malik D. Lewis, alongside his partner Nico Wheadon, is founder and principal of bldg fund, LLC, an innovation platform for BIPOC artists, entrepreneurs, and neighbors. He aspires to be a good, free citizen, an ambition unlikely achievable if not for his African roots and the love of a Black, queer woman.